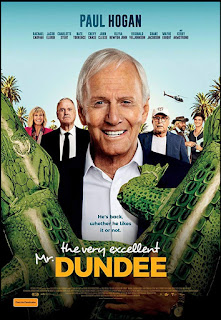 Directed by Dean Murphy, the semi-fictional comedy follows Paul as he races around LA to restore his reputation on the eve of receiving a knighthood.

Chroma were brought in to produce over 150 4K shots for the feature including CG integration, simulated travel, technical correction and other production design enhancements throughout.

Look out for The Very Excellent Mr. Dundee in cinemas this year.