ABC's new mini-series, Dirt Game, is well into shooting and we've been engaged to produce the opening titles in addition to providing visual effects supervision and production.
The series is set in several stark rural locations around the world (although shot entirely in Victoria) and a large part of our work is involved in the creation of large-scale establishing shots. These involved working with director Brendan Mayer (Spooks) and DOP Lelani Hannah (The King) on location during acquisition to achieve the shots of the partial set that we would augment later. The scenes are scripted at night so footage was shot at dusk to give us some image to work with, whilst still preserving light-sources from vehicle headlights and buildings. Texture photography was taken of the location set-pieces and the buildings and props were constructed in Maya and tracked into the shot to create a sprawling community. Several day and night variations were produced.
Other shots include a composited sequence using fluid simulation to create turbulent water, several digi-mattes and some advanced colour correction and digital removal. 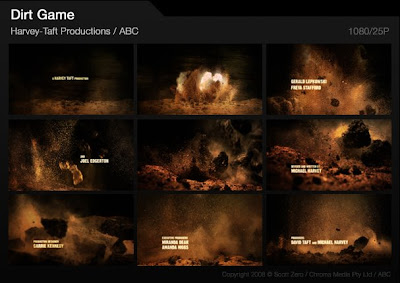